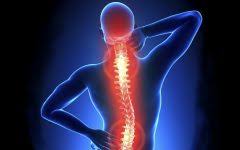 Chiropractic is the largest form of alternative/complementary healthcare in the United States. Chiropractors are best known for there effectiveness in treating low back pain, neck pain, headaches and other musculoskeletal aches and pains. And this is rightfully so as this is where most the research on chiropractic has been done. What is less commonly understood, however, is that chiropractors are trained to be primary healthcare providers with comparable basic education to a medical doctor. In fact, in some areas like radiology, chiropractic training actually exceeds that of regular medical doctors.

At the core of chiropractic is the concept that the body, given the right conditions, can heal itself. It is not an ideal exclusive to chiropractic, but it is a concept that is behind many of the interventions that I use with people. Structural problems, such as dysfunctional joint mechanics and associated dysfunctional neurology, can interfere with the body's ability to heal itself. Restoration of proper function in the body, including (but not limited to) the spine and cranium should allow healing to occur. This is assuming there are not other emotional or biochemical factors going on - things which I can also help with given my dual license as both a Chiropractic Physician and licensed psychotherapist. 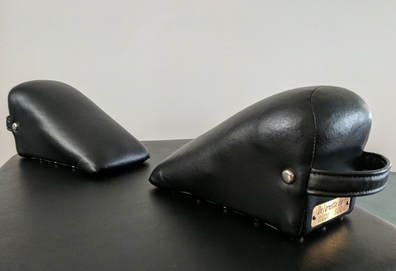 SOT® uses wedged-shaped blocks placed under the pelvis to make structural corrections. It is a gentle and powerful method of correction.
What is Sacro-Occipital Technique (SOT®)?

Sacro-Occipital Tecnique® (also called Sacro-Occipital Technic®) is an advanced form of chiropractic that was developed by Dr. M.B. Dejarnette, who was both an osteopath and a chiropractor. SOT® is a fusion of both chiropractic and traditional osteopathy. SOT® was developed with over 50 years of research and named because of the reciprocal relationship between the sacrum (base of spine) and occiput (back of the head). It is an advanced system of analysis which is not commonly used by chiropractors because of its complexity. It is a low-force technique which means not a lot of cracking and popping of joints traditionally associated with chiropractic interventions. Patients are often pleased by this gentle form of chiropractic. Because of the gentle nature of the technique, it can be used on people of all ages from infants to the elderly.

I am the only Advanced Proficiency SOT® chiropractor in Pinellas county Florida and only one of two in the entire Tampa Bay area with this level of certification.. 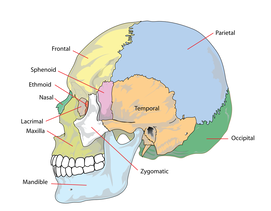 ​In addition to working on the spine, SOT® includes craniopathy which addresses alignment and movement of cranial bones, which continue to be mobile even in adults (yes, really, see my research page for some studies showing this).  Craniopathy shares similar roots with craniosacral therapy but differs in its addressing of the alignment and articulations of cranial bones in addition to cerebrospinal fluid flow and is only done by doctors of chiropractic and not by other professionals (i.e. physical therapists, massage therapists or osteopaths). I find cranial technique helps others when they haven't been helped by other therapies. This includes other forms of chiropractic, which do not take the cranium into consideration. I have been trained in the following cranial techniques: Cranial ranges of motion, cranial sutural, Tempomandibular joint technique, iso-cranial technique as well as other interventions. I teach cranial ranges of motion at chiropractic seminars. I am working towards becoming a certified craniopath, a specialization only about 300 in the world have.

​Chiropractic Manipulative Reflex Techique (CMRT) is a soft tissue technique that deals with organ reflexes and the relationship between visceral and structural function. It is part of SOT® and is heavily influenced by classical osteopathy. Things I have helped people with using CMRT include stomach pains (nausea, indigestion), hiatal hernia, menstrual cramps, constipation, diarrhea, general digestion problems, hot flashes, coughs, colds, allergies, and adrenal fatigue. This is all part of the comprehensive approach that I take with each of my patients. This is part of what makes me a holistic doctor and a Chiropractic Physician, and not just a spinal technician.
Image by Mariana Ruiz LadyofHats (i did it myself) [Public domain], via Wikimedia Commons

​
​Adjusting of the extremities is also included in SOT®. That means feet, knees, hips joints, shoulders, elbows and wrists.  With SOT®, literally no bone is left unturned. And the entire patient is considered, not just a particular spinal vertebra or one complaint. A problem in one part of the body will influence the functioning of other parts of the body. That's the limitation of looking at a person based only on their problem area. You miss the big picture and ultimately helping the person.
By BodyParts3D is made by DBCLS. (Polygon data is from BodyParts3D) [CC BY-SA 2.1 jp (https://creativecommons.org/licenses/by-sa/2.1/jp/deed.en)], via Wikimedia Commons 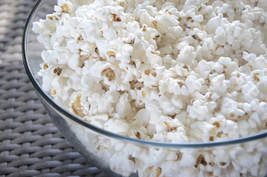 What aches and pains can chiropractic help?

The list of what pain chiropractic can help is really too long to put on a website. Some of the more common things are back pain, sciatica, neck pain, headaches (tension, migraine), TMJ/TMD, foot/ankle pain, knee pain, hip pain, shoulder pain, arm pain, elbow pain, wrist pain, and more specifically carpel tunnel syndrome, tennis elbow, golfer's elbow, plantar fasciitis, Morton's neuroma, metatarsalgia, rib pain,  thoracic outlet syndrome, frozen shoulder, and yes, even failed back surgery. Basically if it hurts, there's a good chance chiropractic might be able to help. And this help is without drugs and their side effects and without surgery. Chiropractors are extensively trained to evaluate people and recognize when they can help someone and when a person needs to be referred to another professional.

What if I don't want "cracking and popping?"

I am trained in a wide variety of chiropractic techniques. In addition to SOT®, this includes techniques such as Activator® as well as other instrument adjusting, Thompson and Cox flexion distraction and they involve no cracking of any joints. I am happy to use such services if a patient is completely opposed to any "cracking or popping." The cracking noise, termed tribonucleation, is harmless. But some people are avoiding the benefits of chiropractic because of this and so I have learned how to do it without the noise.

What if I want "cracking and popping?"

Other patients insist on adjustments creating the audible noise and will not be satisfied without it. I am trained extensively in traditional modes of spinal manipulation. That said, regardless of technique, any adjustment is made to correct a dysfunctional joint and not to make noise.

All of my interventions including chiropractic, are individualized to that patient's needs. I am not a one trick pony nor do I adhere to an ideology at the expense of my patient's well being.

A full list of techniques I have been trained and/or utilize in my practice are: Sacro-Occpital Techique, Cox flexion distraction, Thompson, Activator®, Diversified, Applied Kinesiology, Gonstead and Toggle recoil.​

​I just want you to fix my aching back!

That's great! My interventions are about helping you and providing the services you want. The doctor/patient relationship is a two-way street. If fixing your aching back is all you want, we can do that. More options are always there if you are interested.
Chiropractic Image credit: Esther Max (https://www.flickr.com/photos/esthermax/30230911806)